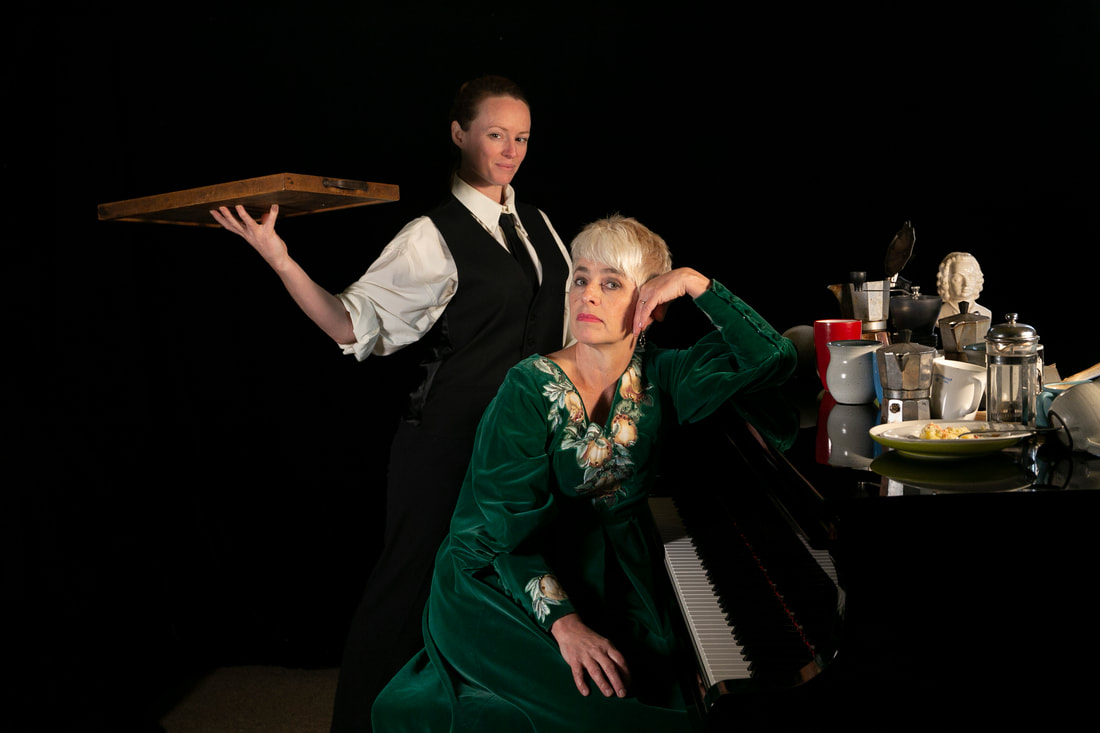 A musical theatre performance, inspired by JS Bach's Coffee Cantata, that mixes drama with a frothy layer of comedy to tell the story of Lieschen, a surly, frustrated pianist who is granted her life-long ambition of singing in Paris.
That opportunity, however falls on the very same day her daughter is due to have a baby. Now Lieschen must decide - her daughter or her dreams.
Is it foolish to clutch on to ambitions, or foolish to let them go?

Originally developed through Mount Alexander Shire Council’s Phee At Home program.
Current production supported through Castlemaine State Festival Covid 19 Relief Commission.
We like to thank CTC (Castlemaine Theatre Company) for the use of their rehearsal space.
Coffee has been described as, ‘darkly coloured, bitter, slightly acidic and with a stimulating effect on humans’ - that’s equally true for Cafe Cantata - poignant, humorous & entertaining

Cafe Canata's next performance will be at Castlemaine State Festival on the Friday the 2nd, 2pm & 5.30 and Sat 3rd 2pm & 5.30 April, 2021.
Bookings: castlemainefestival.com